Jon Lybrook is the owner and Master Printmaker at Intaglio Editions.  Jon has been researching custom approaches to creating continuous tone plates and prints from photopolymer since 2006. His love of photography goes back to age 8 when he was allowed to use his mom’s Instamatic 24 for a darkroom photography class. Later he was given his first 35mm SLR (an Argus) by his grandfather and allocated space in the family basement for a darkroom where he hand-processed many rolls of 35mm black and white and slide film for the high school yearbook, among other community projects. Jon has studied, and continues to study, experimental film making, digital image processing, and computer programming in pursuit of translating superior images into superior fine art prints.

Jon’s non-figurative work incorporates the use of luminograms, or images made by painting directly on film with photo-chemicals. In addition to being a printmaker-for-hire, Jon also works as an internet programmer and social media consultant.

Click here to see all 8 prints in this photogravure collection 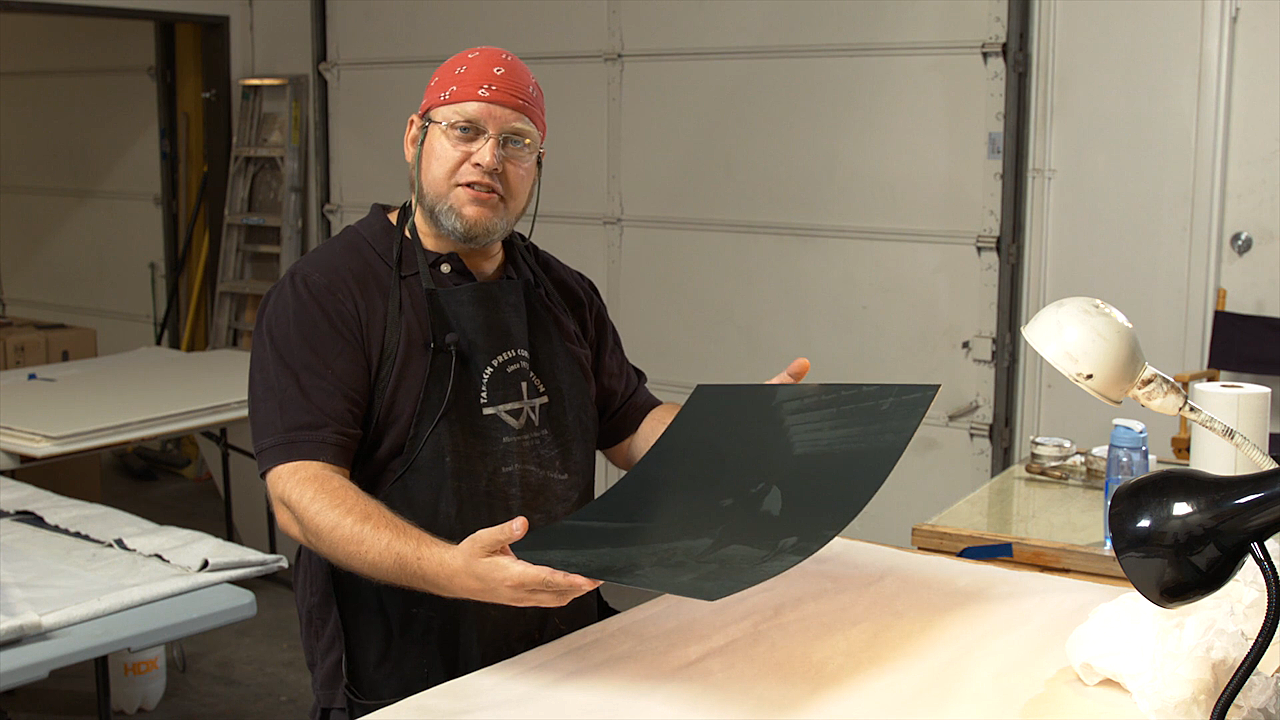 I am Jon Lybrook and I am Owner and Master Printmaker at Intaglio Editions. I have collaborated closely with the artists to make all the prints on this website! I also run an internet business service company called WSW3 Networks.

In pursuing the old-world art of photogravure printmaking for my own artistic pursuits, I became quite good at it. I now work on contract to make high-resolution photogravure plates and prints for artists, photographers, and their collectors around the world.

I treat every image as a unique character and try to bring the most out in each one by proofing, making changes, then reprinting. I use a combination of inkjet and intaglio proofing to create the best possible profile for every print we edition. It takes longer, but it's the only way to achieve the custom quality my clients and I demand.

Firstly, I have an incredible wife who works tirelessly for our family. I also have a number of business ventures that have provided me some freedom to pursue fine printmaking as a serious professional endeavor, which has been growing slowly since 2006.

My recurring themes involve exploring the ideas of inspiration, spirituality, truth, and the subconscious using techniques derived from the abstract expressionists. I continue to draw inspiration from performance art, and the 1960s, when avant garde artists collaborated with intellectuals and beat poets to make films and visual art that remains a part of our western and American cultural narrative.

You're looking at it! My dream project is to provide high-quality, traditional printmaking services to popular artists with compelling artwork that's worth sharing. Eventually I would like to release large-sized, limited editions for more celebrity artist clients. That would allow me to explore new techniques in contemporary photogravure to lend to future releases.

Both my Fine Art Printmaking and Internet Consulting practices take up most of my time currently. Prior to that I've been a prep cook, production assistant, administrative assistant, stage manager, computer operator, computer programmer, system administrator, and small business owner.

Get all 8 signed and numbered prints in a rigid, acid-free collector's portfolio. Click Here to Order.